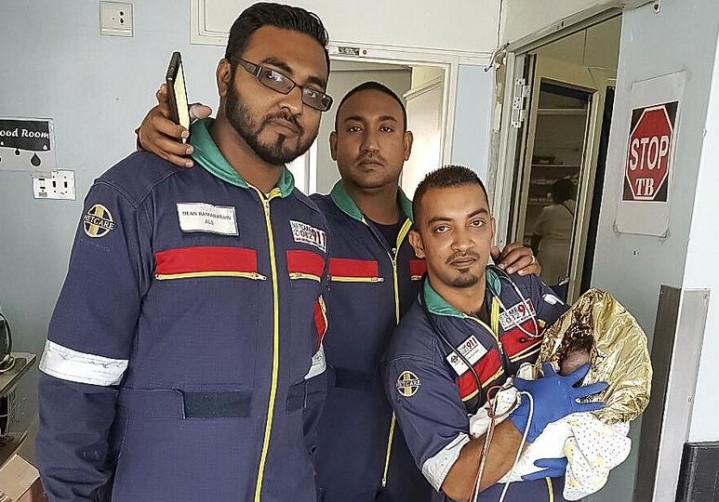 Paramedics with the newborn baby that they managed to resuscitate after it had been dumped in the bin of a Durban office block. Picture: Netcare 911

Durban – A newborn baby, wrapped in black plastic bags, was found dumped in a dustbin in central Durban on Monday.

Netcare 911 spokesperson Chris Botha said that the baby had been found in a dustbin in the toilets on the second floor of the Commercial Towers Building office block in Durban’s central business district.

Botha said: “The advanced life support paramedic and his team worked fervently to stabilise the child that was deprived of oxygen. After a few minutes the child responded to the treatment.”

He said the baby was taken to hospital for further care and police are investigating the baby’s abandonment.